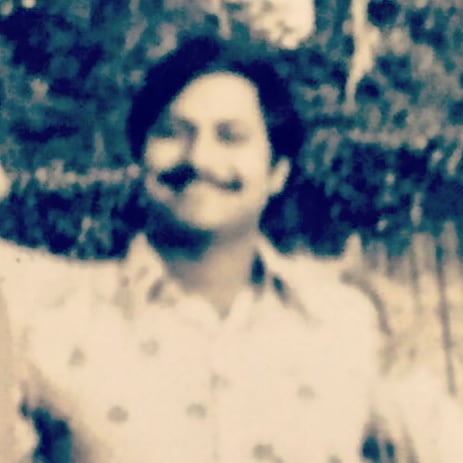 1748 Md. Murtaza, Governor of 10th Mugal Emperor Farrukhsiyar, established a trading post for sugar, jute & ghee and named it after his beautiful wife Chand and surrounded it with a moat with twelve gate – one of them ours Farukhabad darwaza.

Our family of Lalji Mal Farukhabadi moved here in 1850s from Kampla to trade in cut jaggery also called white khand and thrived and prospered to compete with the local landlords Rani Ramkali whose palace was infront of our sprawling house on an impressive mound – we gave them a fierce competition to their landholding.

1904 British connected it to Bareilly, Moradabad & Aligarh and established a Railway Institute to train drivers and to facilitate an intermediate SM College was also established to educate local talent to recruit local staffs thus making Chandausi an important centre to promote trade and industry.

The three story courtyard house was so substantial that it opened on three sides of a bazar and faced the palace of the local landlord administrator and had three big courts lined with bricks under which coins were laid to show opulence and walls and pillares were all decorated with extensive flowerwork.

I was born on 10th December 1953 in this house and grew up to work and trade in tea in far off lands – today in 2022 much water has flown in Doke river and I dedicate my success to my family and linage.

I wish that Vivek & Aaransh – the latest heirs of this legacy – complete the wishes & desires of my father who will be very happy to see it on the shelf of every prominent tea outlet.

My daughter Neha Lochan aka Dolly makes this tea and has been widely circulated to market it in the traditional Buddha tea 🍵.